In order to give residents a safe and environmentally friendly way to dispose of unwanted medications, the Lebanon Police Department has a Pharmaceutical Drop Box installed in our lobby. It's available 24 hours a day for you to turn in old, unused or discarded pharmaceutical prescriptions.

Just stop at the police station and place the drugs in the Pharmaceutical Drop Box. This program is designed for convenience and anonymity; you are not required to speak with an officer.

Disposable Items Accepted in the Disposal Box (within original container or a sealed, plastic bag) Include:

Items Not Accepted in the Disposal Box Include:

Disposing of medications in the Pharmaceutical Drop Box instead of flushing them down a toilet helps our environment. Synthetic medications are not removed through normal water treatment, which can result in these substances being discharged into the environment and into ground water supplies.

In addition, having unused medications around the house is unsafe as they have become a drug of choice for young people and criminals. Many abusers, a high percentage of which are teens, are known to have obtained their controlled substances from the homes of family and friends. Prescription drugs are now considered a "Gateway Drug" and are the Nation's fastest-growing drug problem.

The Lebanon Police department has partnered with Alice Peck Day Memorial Hospital to offer a Sharps Disposal Container in the lobby of the Lebanon Police headquarters. This will give community members a safe and environmentally friendly way to dispose of used and unwanted needles.

The container is available 24 hours a day, 7 days a week. Anyone seeking to dispose of used and unwanted needles can stop in and dispose of the needles anonymously with no questions asked.

"It's free, anonymous, environmentally friendly and it's available to you 24 hours a day," said Former Chief Richard Mello of the Lebanon Police Department. 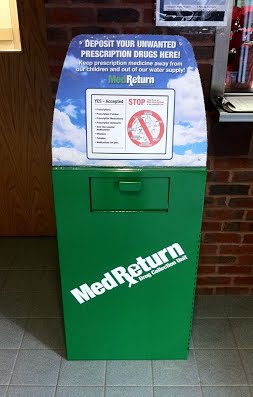 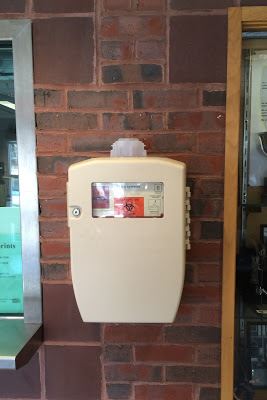