Why are ward lines in Lebanon being adjusted?

The City of Lebanon is currently in the process of adjusting the City’s Ward Lines. In accordance with City Charter §C419:4, Wards Defined, every ten years upon the completion of the US Census, the City Council shall review the ward boundaries and adjust them to comply with a Constitutional requirement to equalize populations. The accepted standard deviation of population amongst the wards is five percent or less. According to the 2020 US Census, there is a deviation of more than eight percent between Wards 2 and 3. Ward 1 remains in compliance, so no changes are required.

Who is in charge of adjusting ward lines?

At the March 13, 2012, Municipal Election, voters approved a Charter amendment that adjusted the ward lines. In that process, 500 voters were moved amongst all three wards. At that time, the voters also granted the authority to the City Council for future ward line changes via the ordinance process. The City Clerk’s role within the ordinance process is to prepare a recommendation regarding adjustments to boundary lines. The ultimate decision belongs to the City Council.

How are recommendations made?

The recommendations are based on using census block data; following easily identifiable physical features; reducing the deviation amongst wards; and by analyzing the proposed changes to ensure it is sensible to the area. On November 17, 2021, the City Clerk presented  Ordinance 2021-14 to the City Council.

What happens after City Council adopts the proposed changes?

If the proposal is passed by the City Council, the change would become effective immediately. All elected officials will hold their elected positions until the expiration of their respective terms, thus eliminating immediate vacancies.  Any voters affected by the realignment of the wards will be sent notification of the change in their ward. These affected voters will not be required to re-register in their new ward to remain on the voter checklist.

Where can I learn more?

You can learn more about this process by reviewing the following presentation, map information, and census data.

How can I get more information and provide feedback?

The City Council has set a public hearing for May 4, 2022, at 7:00 PM. If you have any questions or would like to provide feedback, please submit them using our Ward Lines Feedback Form or feel free to contact the City Clerk’s office at 603-448-3054. 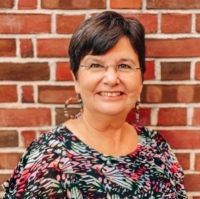