Lebanon Honors Its Veterans is dedicated to the sincere, heartfelt appreciation of all Lebanon veterans and their families for their service and sacrifice to enable their fellow residents and citizens to continue to enjoy life, liberty, and the pursuit of happiness.

Built from 1886-1890 by Civil War Veterans as a memorial to their comrades and as a free public library. After the library moved to another building in 1909, the first floor was converted into a war museum. The building now serves as a memorial to veterans of all wars. The Memorial chamber, a consecrated chapel, contains marble tablets with the names of all Lebanon's Civil War Veterans.

The building appears to be the first of its use in New Hampshire. The architect was a local war veteran Ferdinand Davis. It is in Vernacular Queen Anne style. 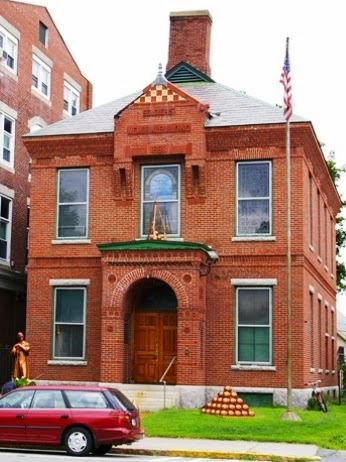 The Purple Heart is specifically a combat decoration and it is our nation's oldest military medal. It was created by General George Washington in 1782 and was known as the Badge of Military Merit. It was first awarded to three soldiers in Newburgh, New York. The Badge of Military Merit was made of cloth and it is the predecessor of the Purple Heart medal. The current Purple Heart medal was developed by General Douglas MacArthur in 1932. The new design was created by Miss Elisabeth Will, an Army heraldic specialist in the Office of the Quartermaster General.

The Purple Heart is awarded to members of the armed forces of the United States who are wounded by an instrument of war in the hands of the enemy and posthumously to the next of kin in the name of those who are killed in action or die of wounds received in action.

A Purple Heart Community creates a tribute to the men and women who have been awarded the Purple Heart medal.

Each year during Memorial Day and Veterans Day, the Lebanon Library hosts a display area honoring Veterans who have served in the United States Army, Air Force, Navy, Marine Corps, and Coast Guard.

If you have service photographs of friends or family you would like to share, please drop them off at the Lebanon Library, 9 East Park St., Lebanon. Please contact the Library at 603-448-2459 if you have questions or visit online at LebLibrary.com. 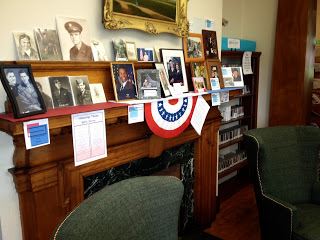 Information regarding an array of services available to Veterans, including medical care, social services, rental and utility assistance, emergency housing, and more.

Credits ranging from $250 in taxes to a total exemption of taxes are available for those meeting the requirements as set by State law. The veteran must have been a NH resident for 1 year preceding April 1 of the tax year and owned the property on April 1.